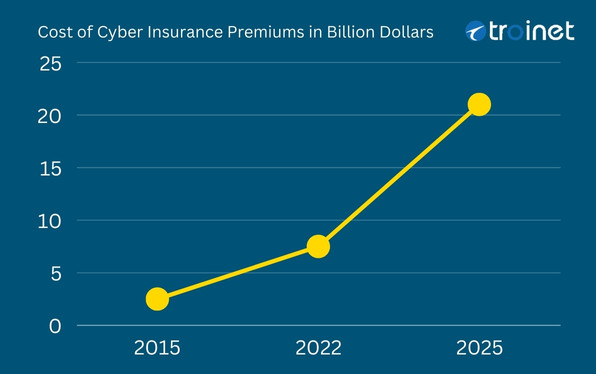 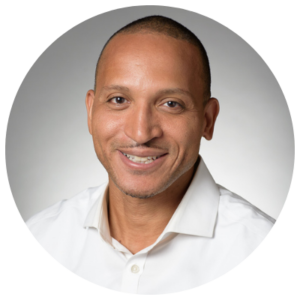 In the cyber insurance industry over the recent years, we’ve seen a dramatic increase in the amount of premiums, and the primary driver is the number of ransomware attacks.

A lot of school systems unfortunately have been hit by this recently so they’ll know right before the school year to ask for a ransom, or if there’s a big event coming up, or some essential activity that has to take place, and that’s when they’ll trigger this ransomware attack because they’re hoping to get paid.

These are the type of attacks where the insured businesses can hit the full policy limit in days. They can be extremely expensive and at times, unfortunately, these criminals view themselves as business people. They are definitely criminals but they are very good at how much ransom to ask for, how they’re going to get paid, and being able to work on the system.

“Unfortunately, cybercriminals view themselves as business people. They are good in asking how much ransom to ask for.”

So the increase in these ransomware attacks, which are covered by good cyber insurance policies, has led to a lot of claims being paid out which led to that graph where the premiums have gone up dramatically because the companies have to rework their algorithms around how they’re going to charge their premiums based on claims on the past.

The statistics in the image below are quite frightening; hence, it’s important not just to learn about insurance but to focus on the cyber security that is put into place by individual businesses.

The number above, $2.98 Million, always looks big to us even if we’ve seen this over and over again. The average cost of a data breach is almost $3 million dollars.

We’ve seen quite a few that are not as big and are not always going to happen, but there are also some that are a lot larger, that’s why $3 Million is the average.

It’s almost $3 million because when we look at a data breach, it might involve a ransomware element to it, as well as business interruption.

Business interruption is when normal business activities cannot take place, so there’s a cost associated with that. If a company is down for a month or 6 weeks or slow for 2 months and they can’t perform normal business, that is a real cost out there.

When we look at data breaches, there are a lot of regulatory concerns. Particularly in certain industries, there can be not just fines but there could be efforts such as having to purchase a personal protection service for the next year for everyone whose data was accessed. That does happen at times.

There might need to be a call center set up to notify people. There might have a need for a press release.

And if we look at insurance as a product, why would someone want insurance? And why would someone want cyber insurance as opposed to a general one? All these elements that are involved in an attacker are covered in a policy, but it’s not just coverage that is important, it’s having experts in each of these areas of forensics, negotiation, remediation, public relations, and being able to quickly put together a defensive front in a case of one of these attacks.

Is it correct to say that the average coverage that a company should look at is 3-4 months of revenue for a breach?

Yes, that is typically what we recommend. That 3-month figure is a good ballpark because it’s not just counting the period of ransom but the possibility of where a forensic investigator will go in. It’s really that business interruption piece where business may be down for an extended period of time.

So, hopefully, it’s not gonna be 3 months but we look at that 3-4 month figure because there might also be legal costs and there might be a ransom itself, a call center, and all these other things in addition to business being slow. So, I think that’s a really smart figure to look at.

These large average costs, you may think that these might just be a problem of Fortune 1000 companies. But in reality, it’s small and medium businesses that are facing the majority of these attacks.

“you may think that these might just be a problem of Fortune 1000 companies. But in reality, it’s small and medium business that are facing the majority of these attacks.”

The saddest part is the number of bankruptcies and business closures. This is a great reason to explore cyber insurance and how added cyber security steps can help.

What our customers and partners are saying:

The response time of the Troinet team is amazing! During the most recent storm (Isaias), our Eltingville office lost most of its power for several days. Our server connection was initially lost and we were in a panic! Troinet worked quickly to get our server up and running and we were able to use the power we had to connect to our scheduling software. This permitted us to contact our patients and alert them of our situation and reschedule their appointments. Troinet sets the standard in efficient, responsive and professional customer sevice!
Richmond DentalDentist in New York City 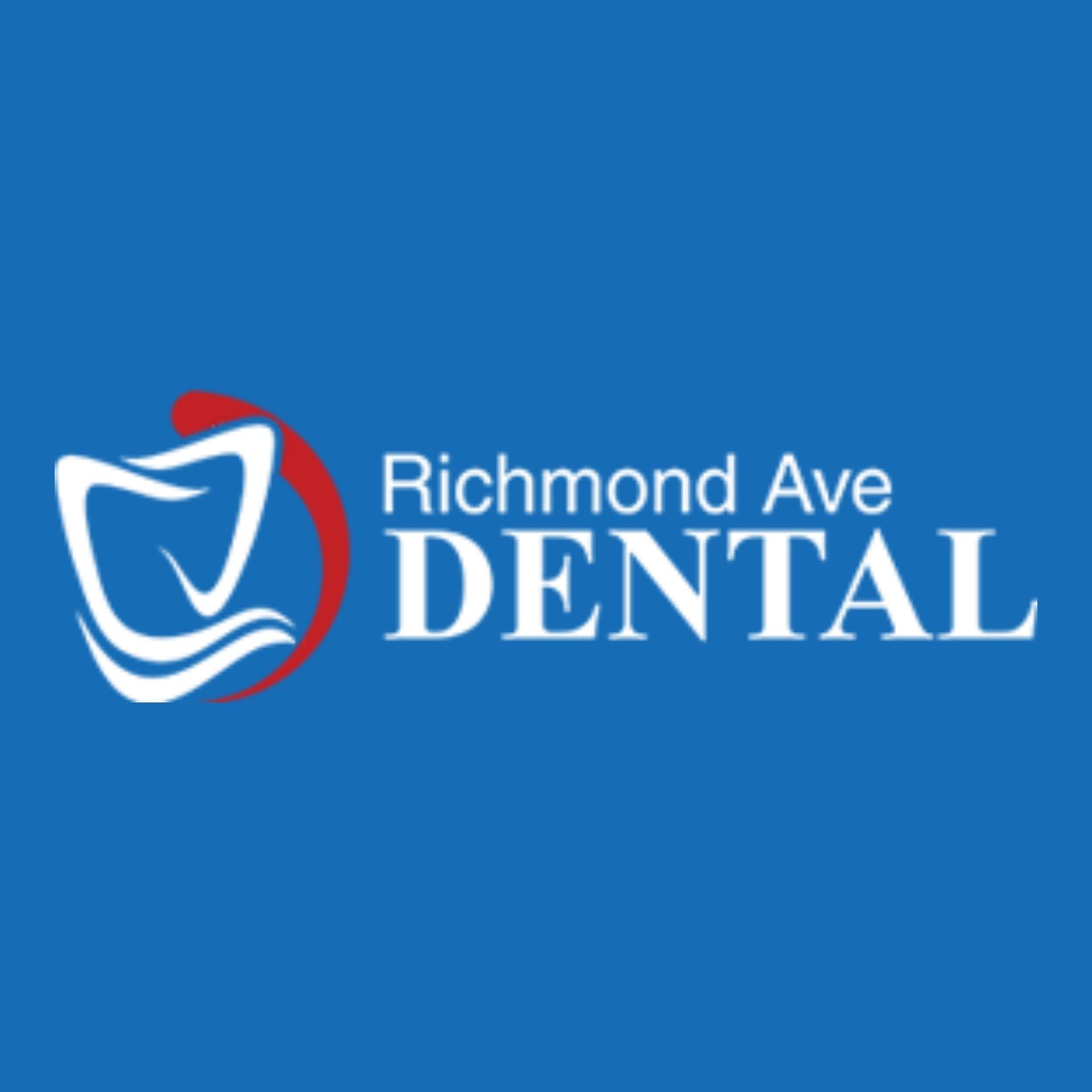 I have dealt with Troinet for over 10 years. They can solve any problem presented to them and are always available upon call. I could not give a higher recommendation than an educator’s form of rating. Troinet receives an A+ .
J. Anthony FoderaSt. Peters Boys HS 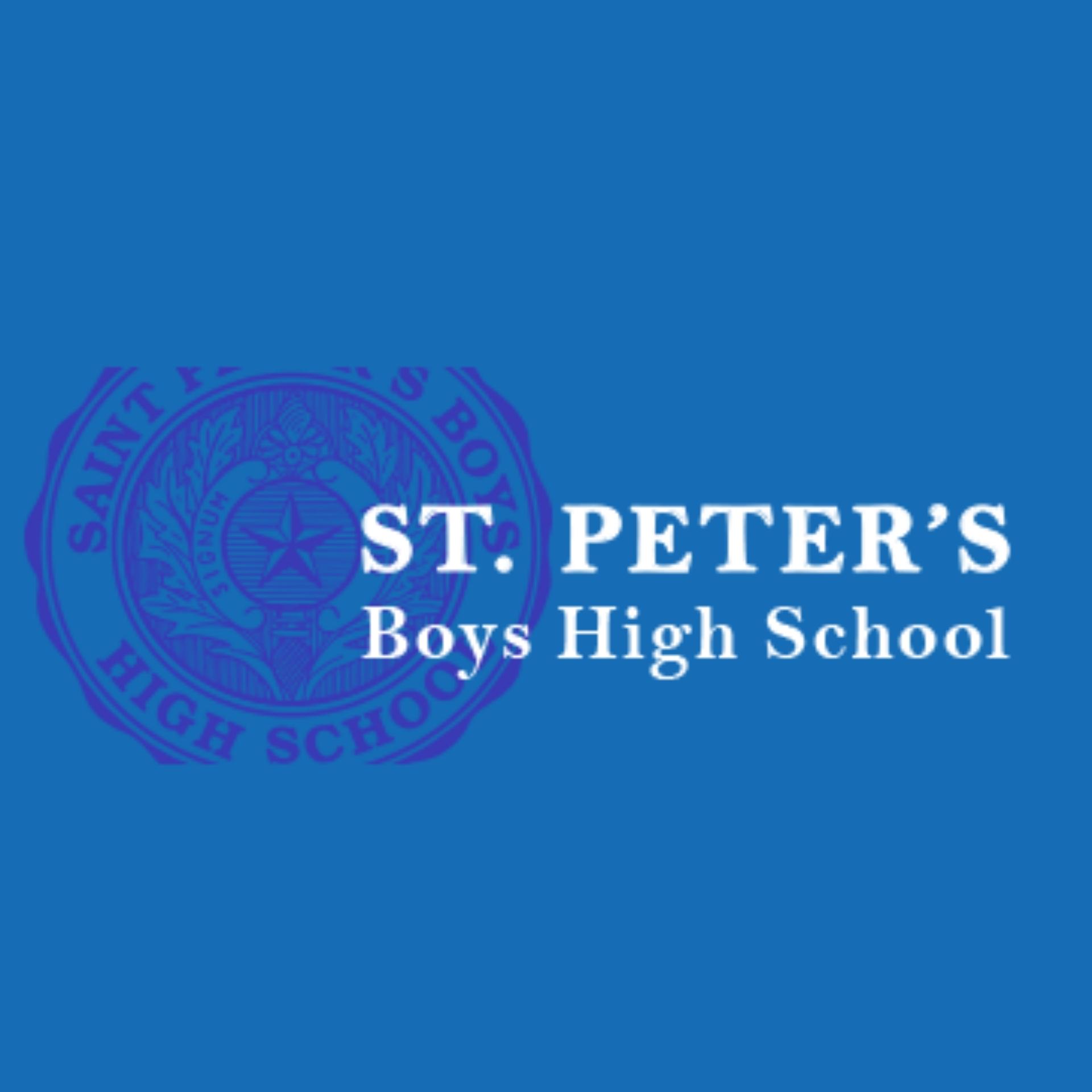 The team has been quite helpful during the COVID-19 Lockdown. They have allowed the process of working from home seamless.
Leonie WardLenox Road Baptist Church 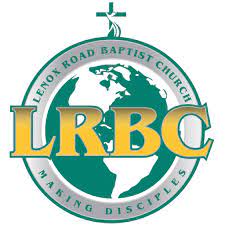 I was lucky enough to work with Troinet on several projects involving the local Chamber of Commerce, where I was a Director. He is straightforward, honest and accurate in his assessments and recommendations. His expertise, not only in technical areas, but also in marketing and sales makes him a valuable asset to any organization.
Wayne MillerFilm, Stage, TV Actor, and Director 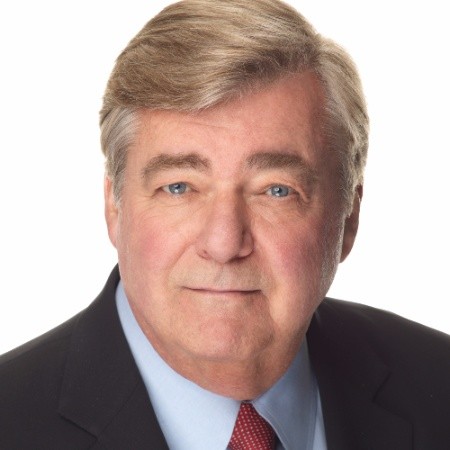 Wayne is a childhood friend whose had a passion for technology. This passion and knowledge is the foundation of his company. I've consulted with Troi.net on several different projects. Their level of expertise and professionalism was beyond what was expected. I would definitely recommend Wayne and his company for anyone looking for Systems/Networking Integration expertise.
Eric AmersonLead Development Manager at TIAA-CREF 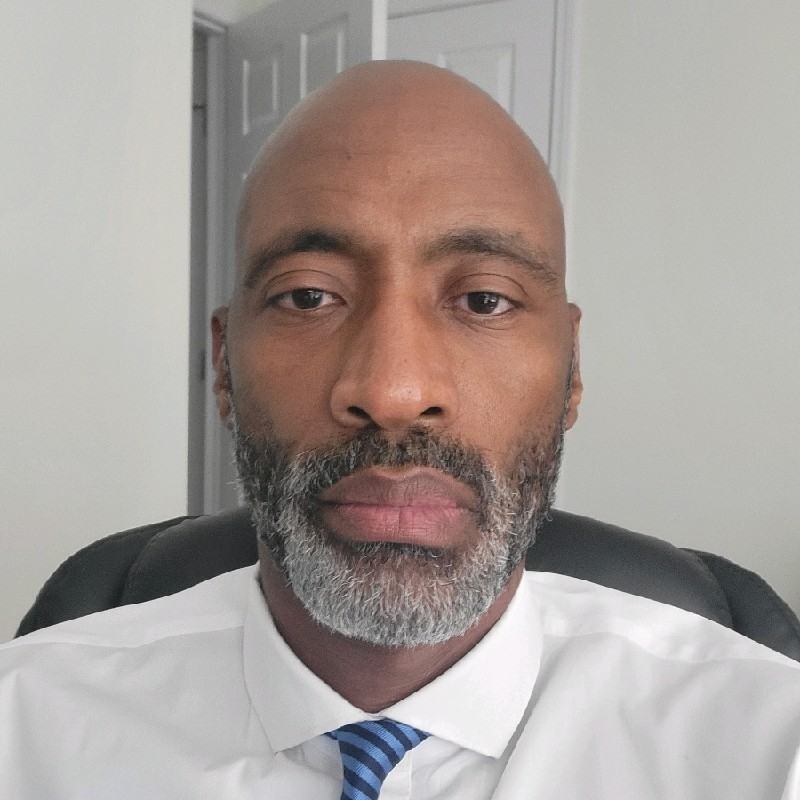 I've thoroughly enjoyed working with Wayne. He is a great communicator and presenter, and he has helped Libraesva grow it's footprint in the greater New York area. We teamed up almost 1 year ago when there were local school districts in need of our solutions. He made sure those deals progressed and closed smoothly. Since then, he and his team orchestrated marketing campaigns to grow our mutual business and develop new leads. Troinet has been a great partner for us and our clients, and I believe we will continue to have great success together in the long-term.
Chris PelusoHead of Sales in North America, Libraesva 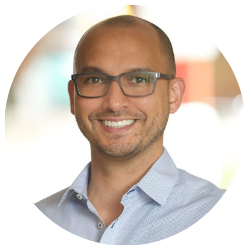 We've been working with Troinet for many years now and they've provided us with really exceptional services and support with our technology needs here in school.
Julie GreenDirector in E.L. Haynes Public Charter School 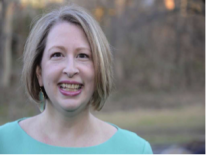 Troinet implemented a cost-effective network that has revamped our computers practice of managing pertinent business documents.
Sandy KruegerCEO, Staten Island Board of Realtors 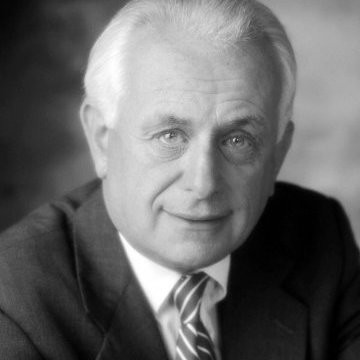 We've worked with Troinet for 5 years and in that time we have switched buildings several times and we just got our brand new network here in town and well be beginning another building next year and Troinet helped us with all these transitions seamlessly.
Bethany MolitorOperations Manager, EL Haynes Public Charter School 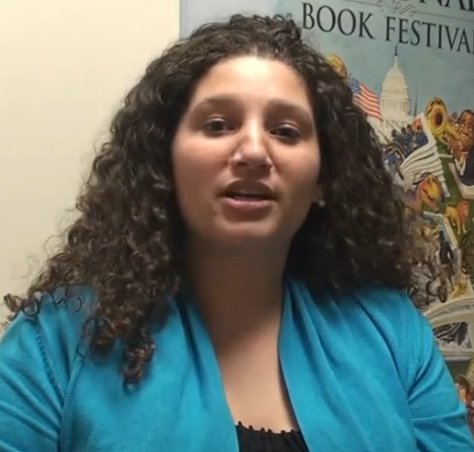 Wayne is a strong business leader and mentor. He is thoughtful and innovative in his thinking. I learned a lot about business, technology and people in my time working with Wayne. I'm often amazed at his ability to see the trends long before they come to fruition, for example, Wayne was discussing work from anywhere 7 years ago, when that was still taboo in many lines of business. The lessons learned while working with Wayne have helped me become a successful professional. He cares about his clients and his business and always works towards delivering the right solution to solve the problem.
Justin ShadeClient Technology Manager 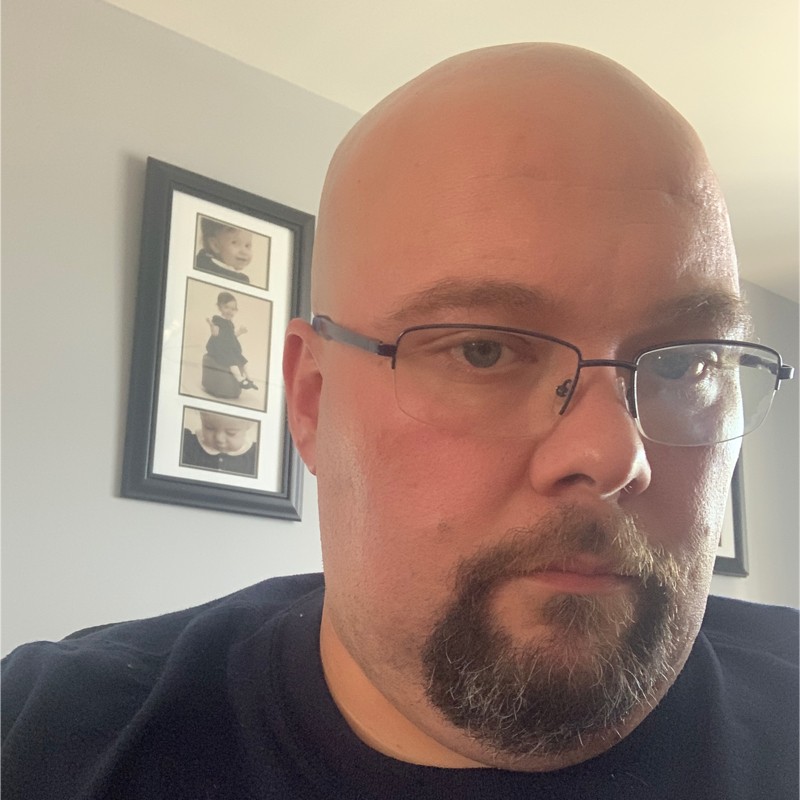 TroiNet has always been about quality and fast responsiveness, I have always appreciated Wayne and the team for that. The aim is to provide the customer the best resources they need while keeping the overhead cost down. Definitely a good value for any small organization struggling with technology support operations.
Angel RiveraSenior Manager at WW 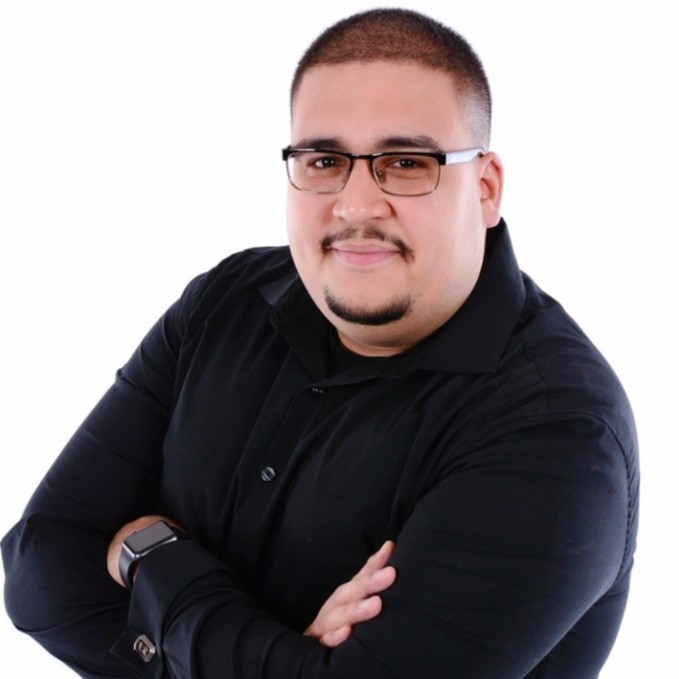 Previous
Next
Schedule an assessment

Our Popular Outsourced IT Support Services

See the difference our services can make for your business

Schedule a consultation with our experts

Transform your business with our cutting-edge IT solutions.

Stay ahead of the game and get exclusive deals delivered straight to your inbox!